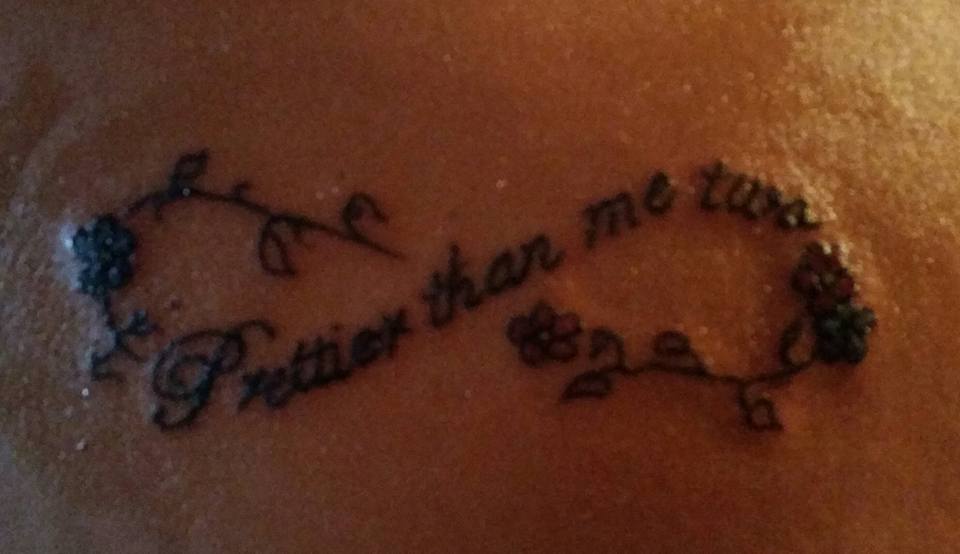 Forever In My Heart Friday! It’s been 6 weeks now since my daughter Myesha was granted her angel wings and taken into Heaven!? Myesha always wanted us to get mother and daughter tattoos. But, I do not have a single tattoo, even now at the age of 40, and I was petrified. So on her 18th birthday she went alone and got her first tattoo without me. ? I told her that when she decided to do this that it should mean something to her, and not just some silly tattoo that she thought would be “cool”. On Fathers Day just a few months prior, she was very upset because she missed her dad so much because he had passed away 2 years ago from a massive heart attack right after her 16th birthday. So on Father’s Day last year she had made a post on Facebook asking anybody who had any videos of her dad if they would share them with her because she just missed the sound of his voice. My heart broke for her and I begin scrambling through the house to find all of the home videos I took of her when she was little. Thank goodness I was able to find one from when she was 3 years old and we were at my mothers house on Christmas morning and he was opening gifts with her and he laid on the floor and told her that he loved her and she said she loved him back. That video right there meant so much to her just to be able to hear his voice and hear him tell her that he loves her. I then also found cards that he used to send to me and I had forgot that one time he had always called me “prettier than me”. It was at that point she decided that she wanted her first tattoo to be “prettier than me two” since she was his only daughter. So our cousin Tony put together this amazing tattoo that she had done on her right shoulder blade. I was very proud of her for making a good choice in her first tattoo. So tomorrow I am going back to our cousin Tony’s to get my first tattoo from him as well in memory of her. I will be getting an angel on my wrist with her name beside it. I am still petrified, but I know that she will be with me in spirit and help me make it through the pain lol! So this tattoo is for you baby girl. Mommy loves you! FIM <3 F!